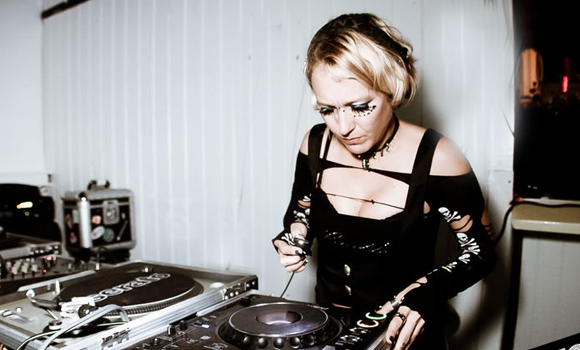 Born in Hawaii, to Cuban parents, Epiphanie was raised the “latin way”, with an upbringing deeply rooted in music. Her family introduced her to different styles of Latin rhythms and this is when her love for music began. Her early influences include Celia Cruz, Tito Fuentes, Gloria Estefan & Miami Sound Machine, Julio Iglesias and Juan Louis Guerra, enriched by her exposure to disco, classical, Motown and rock. By the time Epiphanie was ten years old, her family encouraged her passion for singing and dancing by enrolling her in tap dance and ballet classes. She —- her dance skills all throughout adolescence and joined the school chorus while competing regularly in school talent shows. It was clear to little Epiphanie that she wanted to become a singer, songwriter, producer and performer.

Residing in New Jersey in the mid to late 1980’s, thirty minutes from the “Big Apple”, she fell in love with freestyle, courtesy of Z100, NY. During this time, she trained her voice to the likes of her favorite divas such as: Aretha Franklin, Whitney Houston, Mariah Carey and Chaka Khan. In 1992, her family moved to beautiful South Florida, where she was introduced to the underground electronic music scene. When she heard Funky Breaks for the first time, it reminded her of the freestyle she had grown to love so much.

All throughout college, she sang with local bands and hosted karaoke to maintain the strengthening of her voice. In 2001, she was chosen to sing and perform live in L.A. on the national television show “Your Big Break”, hosted by Alfonso Ribiero (Carlton from Fresh Prince of Bel Aire), and aired on NBC. Shortly after returning from California, she began collaborating with local producers who were involved in the underground electonic music scene.

Epiphanie released her first vinyl in 2002: “We Are One” by Kryia, released by Insomniac Records. By this time she had begun to dj, fortifying her participation in the electronic music scene. Harnessing solid performance skills and a confident way of spinning, she was consistently invited to perform at numerous electronic music festivals, including Zenfest 1999-2002, Cyberfest 2001, Ultra Music Festival 2006; alongside Carlos Galavis aka Kryia. She has shared the stage with talented and renowned dj’s such as: BT, DJ Icey, Baby Anne, Trip Theory, Spacemen, Rick West, Simply Jeff, DJ Storm, Emily Play & Devine, Trevor Rockell, Deekline and many more.

In 2006, she had a successful first residency at Karma Lounge, “Friday Night Breaks Sessions”, presented by Culture and Full On Productions, in Fort Lauderdale, FL, where she played alongside Mas Inc.

A multi-talented performer, in school, she was known as “Whitney”, effortlessly leaving an audience with goosebumps. A petite package, this woman packs a mighty punch. Because of her flexibility in range and intensity, her voice is often compared to Christina Aguilera and Alicia Keys. Epiphanie knows how and when to harness the emotional caliber of her gift and will lay vocals down with an epic balance of grace and strength.

In 2006, when Dwayne Wade was in the process of opening D.Wayde’s, he threw a private birthday party for his mother. Epiphanie was chosen to sing an acapella happy birthday for Wade’s mother, who stood up, in tears, to hug Ephiphanie. A month later, Dwayne Wade celebrated his own birthday, and invited Epiphanie to sing for his own celebration, in front of half of the Miami Heat team and DJ Irie.

Epiphanie has been djing for 16 years and continues to spin and perform at events and weekly’s. She has been singing and competing for over twenty years and remains ever present and involved with the music scene- constantly assessing its changes and expanding upon her own eclectic repertoire of sounds.